The Sky come crashing down

The extended Cinderella run by the Chicago Sky ended abruptly at the hands of the Connecticut Sun. 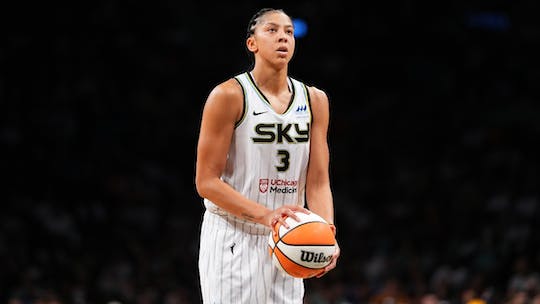 Last season, the Chicago Sky went on an incredible run all the way to their first WNBA championship. They finished the season with a 16-16 record and snuck into the playoffs as a sixth seed. In the playoffs, they went on a tear, losing only two games en route to the crown.

The story didn’t end for Cinderella when she got to the ball. She was there already – might as well enjoy it! She danced and mingled the night away, without a care in the world. That was what the Sky did this season. They were already wearing the crown – might as well have their fun.

Riding on the momentum of last season, Chicago entered this season as a title contender. They definitely acted like one. The Sky finished the regular season tied for the best record in the league with 26 wins and only 10 losses. They were a complete team that had answers to everything that was thrown at them during games. One of the teams that was at the receiving end of the Sky’s loss distribution program was Connecticut.

The Sky asserted their dominance over the Sun by sweeping the season series, winning all four games. Even though the margins were close, Chicago had enough firepower to pull out the win over the bruising Connecticut defense. That’s the reason the Sky were confident enough to continue the party as the two were set to face each other in the semifinals this year.

Unfortunately for Chicago, just like Cinderella, there was an end to all their fun.

The first chime of the clock came in Game 1 of their series when the Sun finally got their breakthrough win over the Sky this season. It was once again a tight game, but this time, Connecticut was the one that had the huge plays in the end game to secure the win.

The second chime of the clock came in Game 4. After winning back-to-back games to reclaim the series lead, Chicago had a chance to close out Connecticut on their home floor. This wasn’t a close game at all. The Sky came out flat, let the Sun build a double-digit lead early in the game, and took a 24-point drubbing.

The final chimes before the clock struck midnight for Chicago’s Cinderella run all came in the final game of the series.

In front of their home crowd, the Sky made sure to come out stronger than in Game 4. After a tight first half, it looked like the defending champs  would re-assert their dominance over the challenger. Chicago took an 11-point lead early in the fourth quarter, and at that point, it looked like they were ready to return to the Finals.

Chime, chime, again. Jonquel Jones scored on an and-one play to give the Sun the lead.

When the clock finally struck 12, the Sky were on the receiving end of an 18-0 run.

For the first time this season – and at the worst time this season – Chicago had no answer. Connecticut unceremoniously kicked them out of the playoffs. There was no chariot, or horses, or coach men for the Sky. All they had with them was a four-minute, 46-second beatdown at the hands of their rivals.

The streaking sun and asymmetrical shorts are back in Phoenix after both first debuted 30 seasons ago.